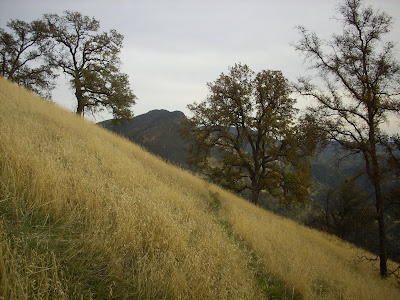 The nice thing about camping in the inner Coast Range in the winter is that, well...you can actually camp in the winter. I love it. Sure, it's a little cold, but with a mylar tube tent (lightweight), mylar blanket, and sleeping bag, you can easily stay warm in 30 to 40 degree farenheight weather.

We were scouting an easement route for a new trail which will allow hiking up to Berryessa Peak. While it will take a couple years to get the trail completed and open, we need to start now by identifying the route before beginning the process to build it. So, this was the first trip.

The trip was pretty easy at the beginning, but the final hundred feet to the ridge was pretty steep with lots of chemise to bust through. The area had burned in the 2003 Rumsey fire so at least the brush was short. Once at the top, we continued south until we reached a nice clearing to set up camp. At that point we began scouting the easement route.

After finishing, we got dinner going, started a nice campfire, and enjoyed the sunset over Lake Berryessa. This is why we work so hard to protect the region.
You can see more photos from the trip, here. 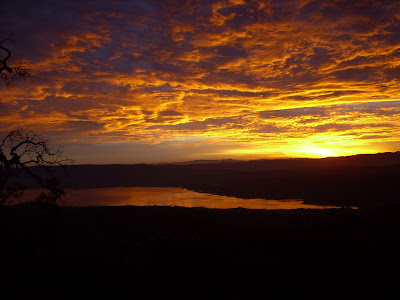 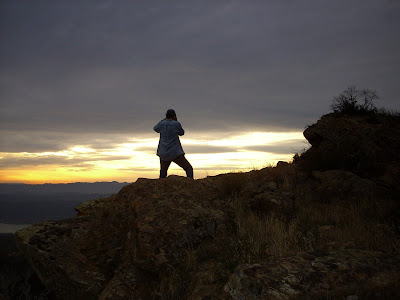 Andrew Fulks
Posted by Yolohiker at 8:17 PM No comments:

Congressman Mike Thompson Should Be Secretary Of Interior
Mike Thompson is my Congressman. He became my Congressman when Davis was added to District 1, but his environmental record is what makes him MY Congressman, regardless of in what District I happen to live in the future. I guess that makes him my Congressman-for-life. Why? Because Mike fought for the Cache Creek Wilderness.
The Cache Creek Wilderness is one of my most favorite places on Earth. It's no understatement. It's fantastic and Mike protected it. He fought hard for it, he battled Richard Pombo to get a hearing in committee so it could get moved to the House to get voted on. He got the bill protecting Cache Creek signed by President Bush, which is no small feat considering Bush's dismal record on Wilderness issues. He spent years pushing the bill through, with a tireless resolve.
He's a hunter. He camps. He backpacks. So does his family. He knows what it means to be on the land, to be part of the land, and how to protect the land. He's smart, pragmatic, and gets things done.
Mike has given me, my children, and all those that come after us the greatest gift you can imagine; protected wild land for us to enjoy in perpetuity. That's the kind of person we need at the Interior Department.
He's my Congressman. He should be Secretary of Interior. 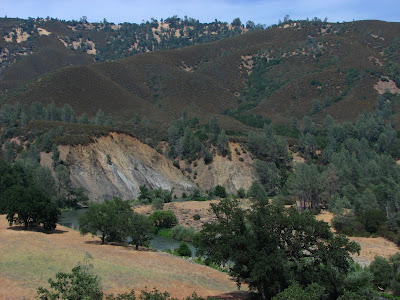 Protected, thanks to Mike! 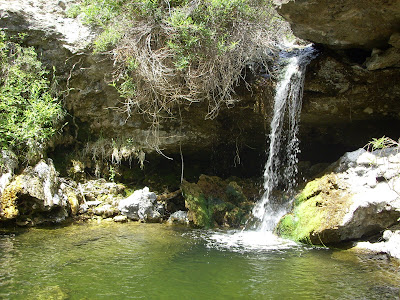 Falls on Trout Creek, protected, thanks to Mike!
Andrew Fulks
Posted by Yolohiker at 9:20 PM No comments: